Pray For Cities In Syria And Iraq​

Over the coming months we will be asking you to pray for various cities across Syria and Iraq, in conjunction with prayiraqsyria.com.

In this edition we are focussing on Damascus and Mosul. And there is also an extra request to pray specifically for President Assad of Syria. 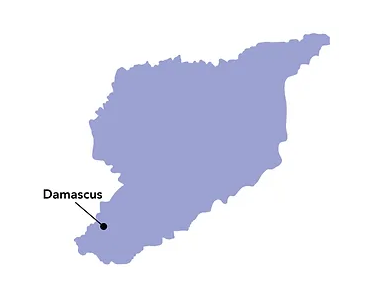 Population: 1,570,000
​
Damascus is the second largest city in Syria and one of the oldest cities in the world.

Damascus saw huge growth due to a steady migration from rural areas to the city looking for jobs and education. There are many people groups in Damascus: ‘Alawites, Druze, Kurds, Circassians, Shia and Sunni Muslims, Syriac and Armenian Christians.
It is also home to the Umayyad Great Mosque, which is known as one of the largest mosques in the world. There are over 2,000 mosques in the city, and most of the residents are Muslim.
"But declared first to those in Damascus, then in Jerusalem and throughout all the region of Judea, and also to the Gentiles, that they should repent and turn to God, performing deeds in keeping with their repentance." Acts 26:20.

Lord, as Paul proclaimed Your truth in Damascus, would You again call believers in that place to stand and proclaim Your truth; calling on those of that city to repent. 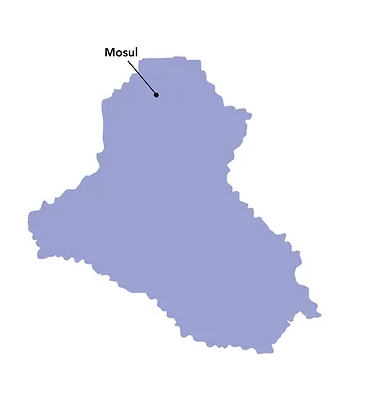 Previously known as Nineveh, Mosul is now one of the most conservative Sunni Muslim cities. Mosul was the bureaucratic and financial backbone of ISIS. Before 2014, Mosul was home to around 45,000 traditional Iraqi Christians. However, they all fled and only about 50 families have returned. Much of the city is still destroyed, but people are slowly returning.
“He heals the brokenhearted and binds up their wounds.” Psalms 147:3

Lord, as the people of Mosul have experienced deep hurt and pain from years of war, would You bind up their hurting and broken hearts? Lord, would You continue to use their suffering to show their need for a Savior and call them into Your Kingdom?

How do you pray for a leader who has brutally killed untold thousands of his own people? And why would you?

These are good and important questions. And thankfully, God has already given us His answer:
"I urge that supplications, prayers, intercessions, and thanksgivings be made for all people, for kings and all who are in high positions, that we may lead a peaceful and quiet life, godly and dignified in every way. This is good, and it is pleasing in the sight of God our Savior, who desires all people to be saved and to come to the knowledge of the truth” (1 Timothy 2:1-4)

Now go back and read that again – slowly! Let every word of these verses sink in.

No matter the atrocities he has committed, the simple truth is that Syrian President Bashar al-Assad is a sinner in need of a savior.

God is able. God is willing. And only the blood of Jesus Christ is sufficient.

EVERYONE who calls on the name of the Lord will be SAVED (Romans 10:13).

And so we PRAY!

And as you pray, watch this video:
Pray for President Assad